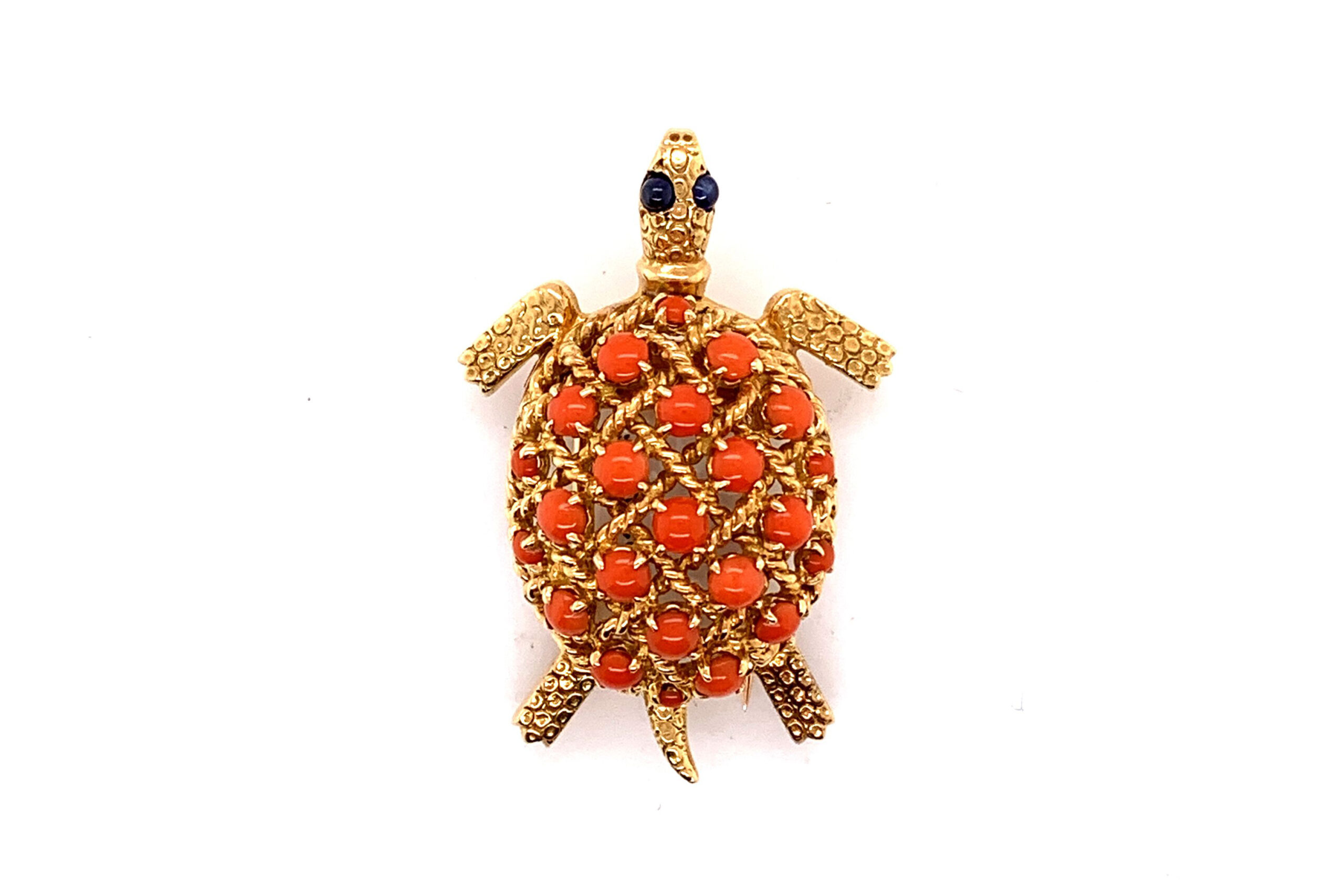 Coral is a living polyp, which lives in colonies, and forms an external calcareous skeleton, which can reach the size of underwater reefs. It occurs in several nuances of red, white, and a pink called “Angel skin” and is frequently used in jewelry. From the beginning of the 20th century, purveyors of coral, such as Herbet Frères who had factories in Naples, Genoa, and Livorno, were amongst those who supplied the House. However, at the time, it was only used on the rare occasion to make accessories or objects. It started to be used more frequently during the 1920s. Due to its arborescent growth underwater, the size of coral was limited. It was for this reason — with the exception of ancient Chinese elements already sculpted, such as the head of a large chimera acquired in the 1920s and mounted as a paperknife in 1943, or a long piece carved into fruit and mounted as a parasol handle in 1928 — that the only coral elements used by Cartier were modest in size.

The small size of coral elements did not present the same disadvantage for jewelry making as it did for objects. It was also after the First World War that the use of coral became widespread in the manufacture of jewelry. All different shades were used, although red coral, the most expensive, was most frequently found in small touches on the House’s jewelry. Some pieces were carved at the head of chimeras to form elements of bracelets or jabot elements in the Chinese taste. More precisely, these elements in the shape of a chimera’s head “combined the tradition of animal-head bangles of the ancient Mediterranean, the Indian makara, the Chinese dragon and even African variants,” writes Hans Nadelhoffer in his book “Cartier: Jewelers Extraordinary”. Louis Bozzacchi’s workshop in the rue de Turenne was entrusted with carving the chimera forms. In 1922, Louis Cartier ordered a bangle made of two chimera heads of carved coral with bejeweled combs and two carved spherical emerald (Fig. 1). In 1923, this bangle was followed by a chimera jabot pin also ordered by Louis Cartier for his wife (Fig. 2).

Although the neoclassical style had gone out of fashion in Paris, the Cartier branch adapted its production and made pieces in this taste to cater to New York where neoclassical elegance remained appealing. This is the case of a beautiful jabot-pin decorated with a Greek mask (Fig. 3). As a bead, cabochon, or sugarloaf (Fig. 4), coral served as secondary motifs on necklaces, brooches, or bracelets, or were placed on the top of perfume bottles (Fig. 5), on handbag clasps (Fig. 6) or on the tops of lids. Sculpted into rods and half cylinders, they covered vanity cases and desk clocks (Fig. 7). As in the field of jewelry, they were used especially on Oriental and Chinese-inspired pieces where the coral was often carved as figurative details. Chimera heads were placed on smoking sets. A sculpted seated dog was set on the top of a pen. An Egyptian head covered with a Nemes was applied to a handbag clasp made in onyx, and small Chinese plaques, sculpted as an effigy of Buddha, were placed at the center of some vanity cases. Lastly, small branches of coral were mounted realistically on some objects to give them a natural aspect.

Despite the crisis at the beginning of the 1930s and the progressive abandoning of expensive materials and intricate decor, coral remained a frequently used material. Its colour allowed for a contrast with black and lacquer used on a multitude of objects and jewels, the most famous being undoubtedly the ladybug brooch (Fig. 8). In many cases, it remained the only coloured element to brighten up finished objects. In the 1940s, the strong contrast between red and yellow gold, which characterised production at the time, permitted coral to be used as decorative elements on a large number of accessories, handbag clasps, vanity cases, powder cases, etc. Sometimes, it was used in a much larger scale, for example, on a yellow gold clock, reminiscent of the oriental fashion of the “Roaring Twenties”, where a statuette sculpted in coral was the central decoration. After World War II, coral continued to be used extensively, often in the manufacture of many different types of brooches. It formed the face of a beefeater (Fig. 9), ducks’ feet (Fig. 20 and Fig. 11), or the shell of a turtle. In these cases, orange coral became the norm, the beautiful red coral becoming almost impossible to find. 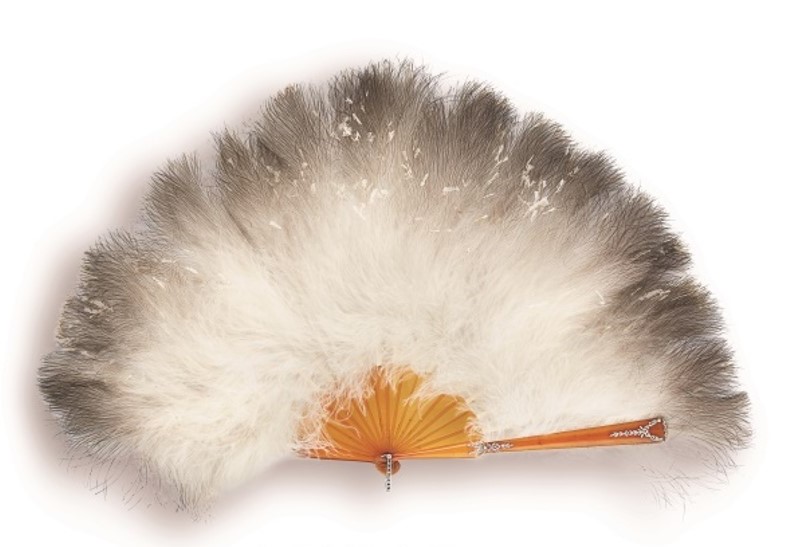 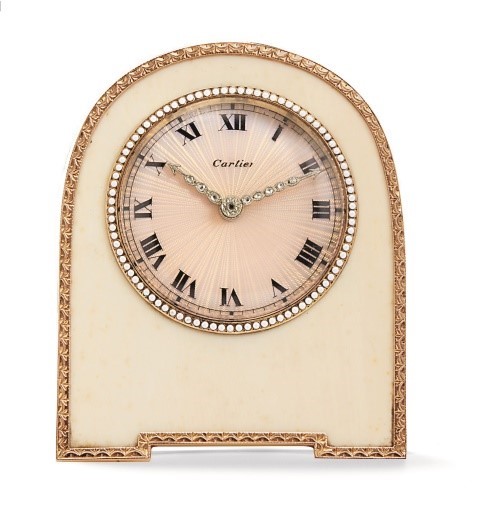