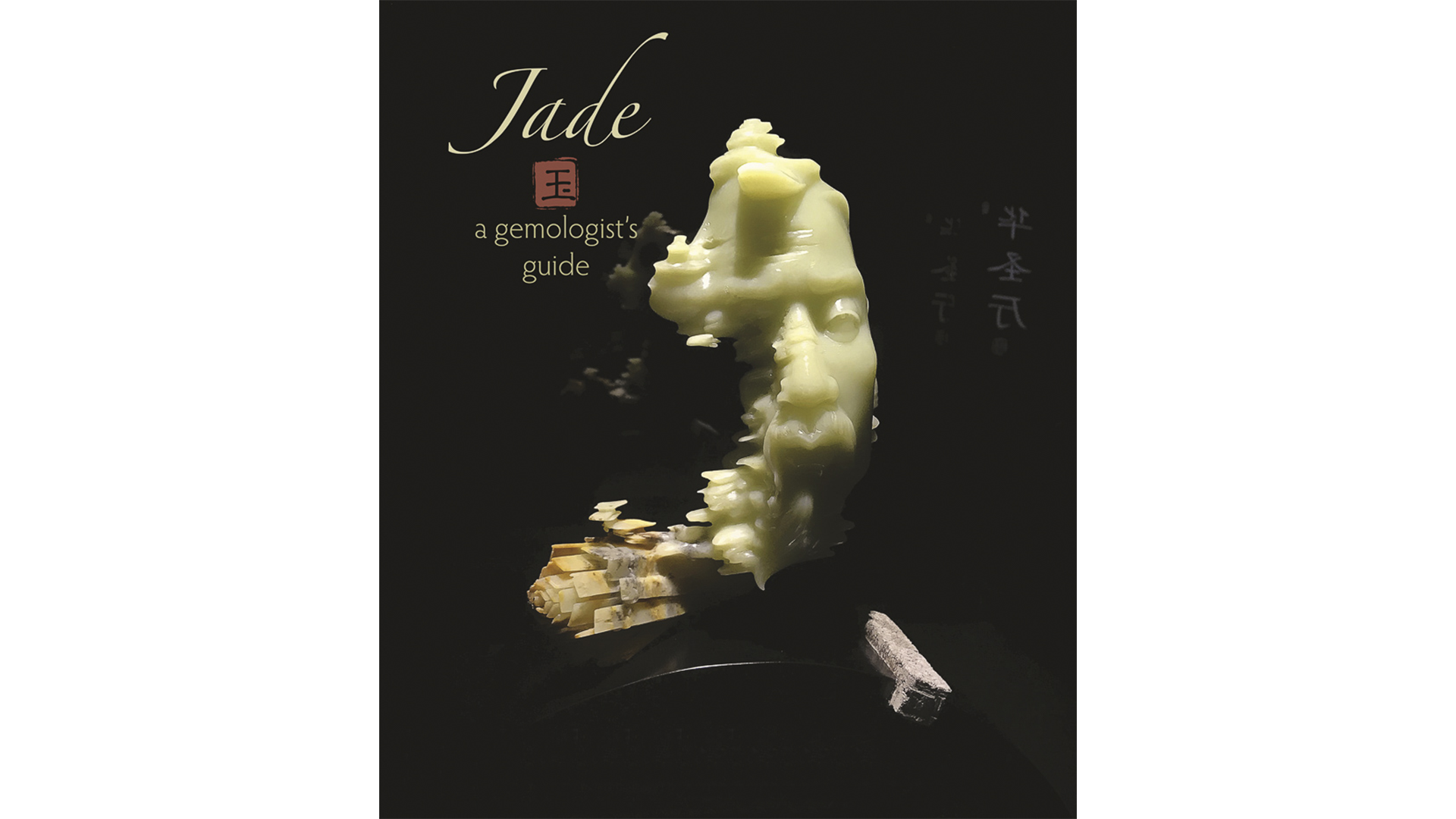 One of the oldest and perhaps most revered of all gems is jade. Known in China as the “stone of heaven” jade is an ancient gem that has been used to create breathtaking jewelry, but also, going back to the stone age to create such practical items as tools and ritual ornaments. The Aztecs and Mayans used jade for medicinal purposes in addition to using it for jewelry and religious objects. In New Zealand, jade was used in similar ways. Today, in China, jade is part of its culture and jade carving is an important art form.

Despite its long history, jade is a gemstone that is somewhat misunderstood in Western cultures. Jade • A Gemologist’s Guide aims to change that.  Gemologist, author, lecturer and educator Richard W. Hughes, who edits and contributes to the book, notes that while there is a vast amount of literature on jade, there is no volume in English that treats jade as a gemological material. Published in 2022 by Lotus Gemology and sponsored by the Houston Museum of Natural Science, the 534 page book is packed with extensive information on the history, sources, appraisal and identification of both treated and imitation jades as well as stunning images and resources to help further one’s jade knowledge.

“While there are many books on jade, none of them deal with jade as a gemological material. This book was designed to address that gap,” states Hughes. “Thus the extensive chapters on sources, identification and treatments, and the extensive reference lists to aid future research on the subject. In addition, this book was designed to open the eyes of Western readers to the incredible contemporary carving being done in China today.”

Jade has also made a social impact on politics, etiquette, religion and other aspects of society in a way that no other gemstone has. Many of those contributing to the book share their personal stories about jade and how it has influenced or inspired them.

Divided into five sections, Jade • A Gemologist’s Guide draws upon the expertise of numerous experts in the field of jade, bringing a range of perspectives to this intriguing gem. “Contributors were chosen for their expertise in each area,” explains Hughes, “We managed to assemble a team of people that literally have over 500 years of collective study of jade, making this a resource of knowledge that has no peer in the English language.”

The first section of the book, Part A, Introduction to Jade, includes a history of jade in China, among other topics. “Jade is more than just a gem,” says Hughes. “No matter where it was found in the world, from China through New Zealand, Europe and the Americas, it was considered the most valuable stone. As Saying Chen, a commenter on the book said: The dark caves and wooden houses inhabited by prehistoric humans are the cultural birthplace of jade. During the Stone Age, people around the world polished this hardest gem into weapons, tools, ornaments and ritual objects. Its sculptures unite the power of all things in the universe and the mysterious power of life and death.”

Part B, Jade Around the World, contains essays on the various locations where jade is mined. Part C, Decoding the Enigma Identification and Appraisal of Jade focuses on identifying and evaluating nephrite jade and jadeite as well as jade sold at auction. Part D, Bend Me, Shape Me, Jade Carving, takes a look at the art of carving jade. The final section, Part E, Miscellany, examines jade in art. “Most books on jade come to the subject from an historical/cultural standpoint. But as the title states, this book deals with jade from the gemological standpoint, describing the various types of jade, where they are found, how jade is worked and, particularly, how it is identified and appraised,” concludes Hughes.

Featured image (top of page): Carving by Master Tang Shuai is rendered in nephrite from China’s Liaoning province. It depicts Mozi, an ancient Chinese polymath. Mozi (b. 470 bce) was known as the “scientific sage.” His book Mojing contains diverse knowledge about mechanics, optics, geometry, engineering, physics and mathematics. This carving represents Mozi and his book as a scientist, with the design expressing the principle of pinhole imaging. This theoretical foundation of photography was discovered by Mozi more than 2000 years before Newton. Photo: Richard W. Hughes/Lotus Gemology.