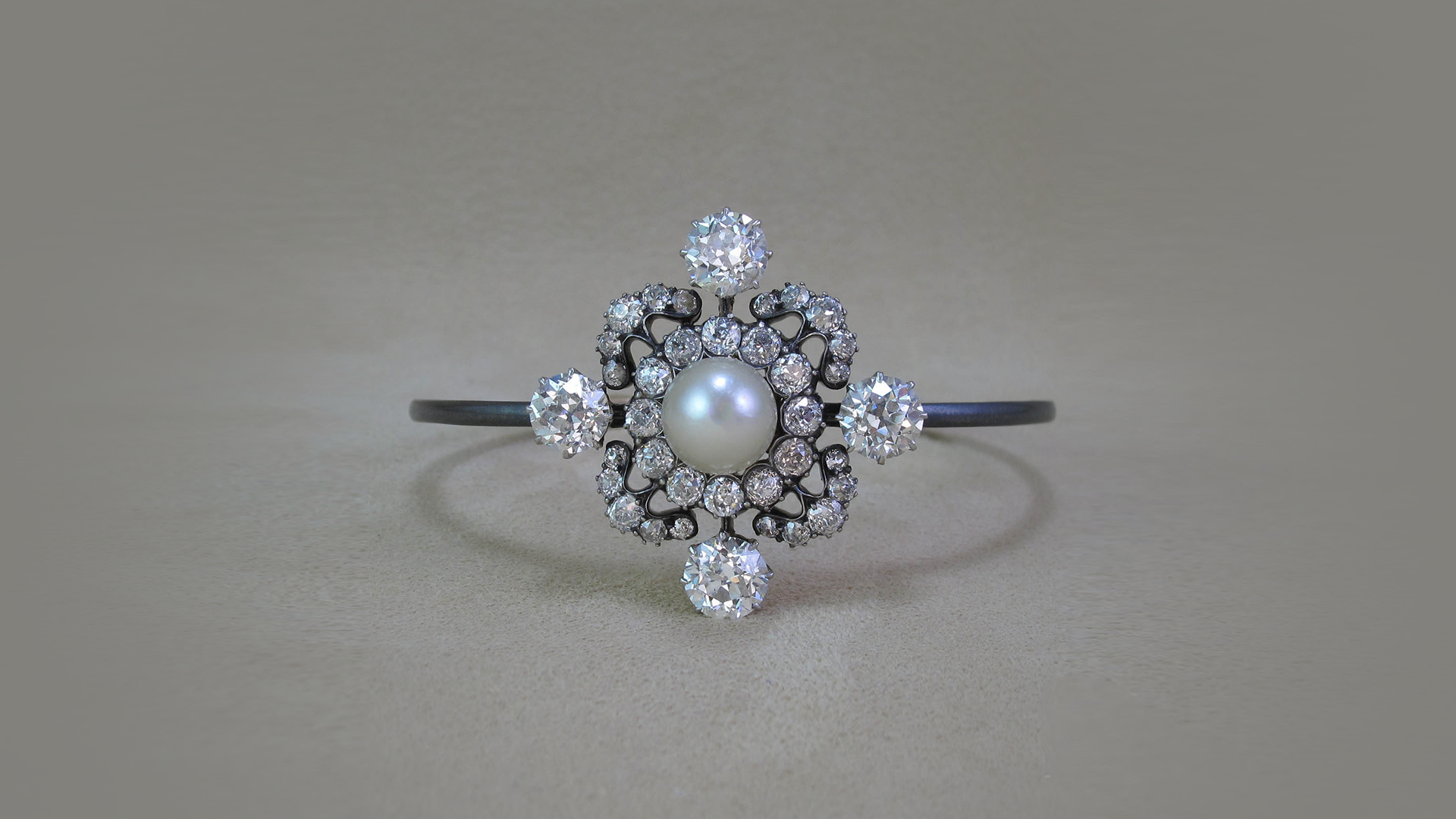 In ancient Egypt, Cleopatra bet Roman general Marc Antony that she could host the most expensive dinner party ever. According to the story by Pliny the Elder, a Roman author and naturalist, when the two sat down to dinner, a cup of wine (or possibly vinegar) was placed on the table with one of two large natural pearl earrings that Cleopatra always wore. Cleopatra crushed the pearl, dropped it in the liquid and once it had dissolved, drank it. Needless to say, she won the bet. Pliny the Elder, considered to be one of the world’s first gemologists, noted that the pearls were highly valuable – worth what would be millions in modern dollars.

While pearls are found in abundance in today’s world, that was not always the case. Pearls were so rare at one time that they were reserved for royalty, no one else could really afford them. At the time, all pearls were natural so it took an accident of nature to create a pearl, there was no human intervention involved in the development of natural pearls.

These precious gems were formed when a speck of sand, or some sort of organic material found its way into a mollusk. The intruding matter irritated the mollusk and in order to soothe the irritation, the mollusk produced nacre to cover the offending material. As layers of nacre collect, a pearl is formed. Nacre is a combination of the mineral argonite, which is calcium carbonate, and conchiolion, a protein secreted by mollusks.

Most pearls on the market now are cultured. Cultured pearls come from pearl farms and they form when a technician places an irritant into the mollusk so that it will begin creating the nacre that forms the pearl. The mollusks are tended by the farmers who keep them safe from predators and make sure that the water has the proper nutrients. Cultured pearls are the reason that we have readily available access to these gifts from the water at an accessible price point.

While it’s easy enough to find cultured pearls now, finding those natural wonders before cultured pearls were developed was another matter. Pearl divers went deep into the waters — as far down as 100 feet — to find these treasures, sometimes not making it back to the surface. When a pearl was discovered it was cause for celebration, demand was high and pearls were scarce.  Natural pearls have always been rare and what you find on the market today is generally vintage making those pearls even more rare and expensive.

Among the best-known natural pearls is La Peregrina. The 50.56-carat pearl has a storied background. Said to have been found in the 1500s in the Gulf of Panama, it was owned by the Spanish royal family for several generations and Britain’s Queen Mary I before finding its way into the jewelry collections of Joseph Bonaparte of France and later Prince Louis Napoleon of France as well as the British Duke of Abercorn. Eventually La Peregrina surfaced at an auction in New York City in 1969 where it was purchased by Richard Burton for Elizabeth Taylor. Ms. Taylor was a true jewelry connoisseur, whose vast collection was filled with outstanding pieces. She also liked a lot of bling, so in 1972, Ms. Taylor and Cartier designer Al Durante created a necklace with diamonds, rubies and cultured pearls to showcase La Peregrina. The necklace was sold at Christie’s New York in 2011 for $11.8 million.

The Baroda Pearls, another famous jewelry example of natural pearls, were among the most expensive jewelry items in the world at the time. The seven-strand natural pearl necklace was part of the collection of the Maharajah of Baroda, an important jewelry collector of the 1800s. The legendary pearls were widely chronicled at the time and were among the most expensive pieces of jewelry of the era. In 2007, the two remaining strands of the Baroda Pearls were auctioned off at Christie’s New York selling for $7 million.

How do you know if a pearl is natural? To verify that a pearl is natural it should be examined with the proper gemological equipment. If you’re considering purchasing a natural pearl, ask for a lab report from a reputable gemological laboratory for assurance that the pearls are what they are represented to be.