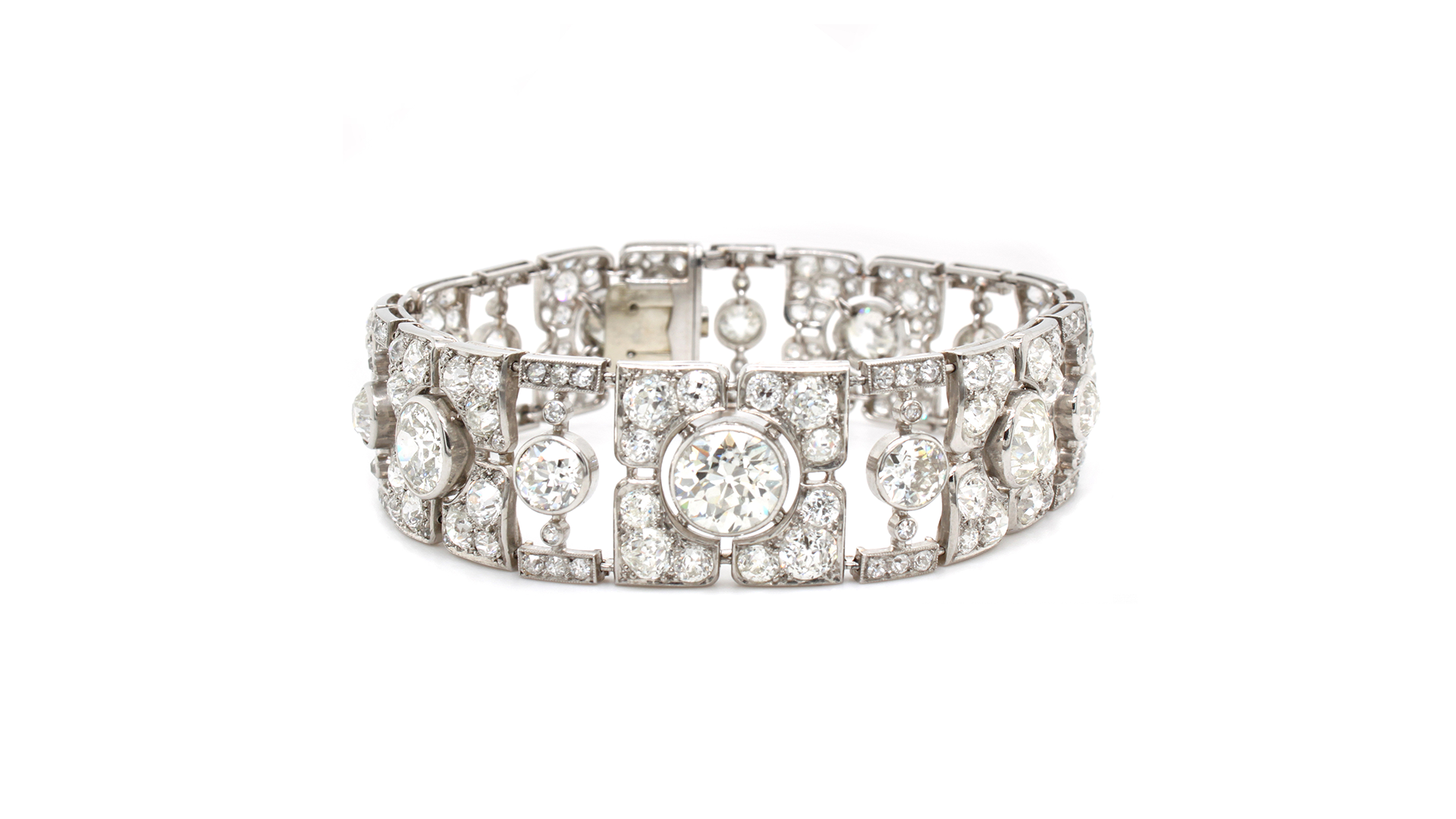 A mix of art and math, diamond cutting is a specialized skill that takes a rough rock from the ground and turns it into a dazzling object of desire. Through hundreds of years diamond cutting has evolved and changed as hand tools gave way to new technological innovations. The first diamonds were cut using hand tools and the cutter had to rely on his artistic ability and skill to cut the gems. This resulted in each diamond being slightly different with its own unique charm and personality.

Not to be confused with shape, cut is the arrangement of facets on a stone, while shape is its geometric form. Cut is very important to the appearance of a diamond. How facets are placed on a diamond impacts how much it will sparkle.

Some of the first diamonds discovered in jewelry date back to the Roman era. These diamonds were in their natural rough state. Many years later the Table Cut was created and is widely considered to be the first diamond cut ever developed. The Table Cut took a rough diamond and cut off the tip of the stone, leaving a large, flat table-like area.

During the Renaissance period in the 1500s and 1600s some important diamond deposits were found in Brazil and India. Many of these diamonds made their way to Europe where skilled artisans began experimenting with ways to bring out the best attributes of these coveted gems.

These artistic experiments eventually led to the creation of the Rose Cut diamond. Developed in the 1500s, the cut got its name because it looks like a blossoming rose bud.  A Rose Cut diamond is dome shaped with a flat bottom. The dome is covered with triangular facets. Rose Cut diamonds have a lovely shimmering sparkle and a romantic, dreamy feeling.

While there were some intermediary steps that created new diamond cuts – such as the Mazarin that had 33 facets, the next cut to make a big impact in the diamond world was the Old Mine Cut, which first came on the scene in the 1700s. These diamond cuts follow the octahedral shape of the rough stone. Because each rough diamond is slightly different in form, Old Mine Cut diamonds can be found in round, square, cushion or rectangular shapes. They have 58 facets and are distinguished by a high crown – the top half of the diamond; small table, which is the large facet on top of the diamond and an open culet.

When we look at a modern diamond, we are used to seeing the culet come to a point at the bottom of the stone. In an Old Mine Cut, there is no point at the bottom, instead there is a flat, open area. Since they were cut by hand, Old Mine diamond facet sizes and shapes will vary not only between stones, but also on the same stone itself.

During the late 1800’s there was a new development in diamond faceting that led to the Old European Cut. Despite the name Old European, the cut was actually created in the United States by  business partners Henry Morse and Charles Field who established the first diamond cutting factory in the country.

The duo took cut parameters in a new direction focusing on smaller culets, better symmetry and smaller tables. This diamond cut became known as the Old European Cut and was much rounder in shape than its predecessor the Old Mine Cut. It also has a much smaller culet. Widely considered to be the precursor to the modern-day brilliant cut, the Old European Cut was popular in the first half of the 1900s.

Marcel Tolkowsky and the Ideal Cut

Enter mathematician and gemologist Marcel Tolkowsky. In 1919, Tolkowksy, who was working on his PhD at the University of London, did much of his research on “grinding” diamonds. His book, Diamond Design, grew out of his research and explained the best way to cut a diamond for maximum light return that creates the best sparkle, fire and brilliance. What he discovered is what we now know as the Ideal Cut. His research revealed that to coax out the best sparkle in the stone, a rough diamond needs to be cut into 58 perfectly proportioned facets. He also discovered that a diamond that was cut too deep or too shallow would lose light making it less sparkly. To this day, Tolkowsky’s Ideal Cut diamond is one of the most important modern diamond cuts.

As technology advanced and diamond cutting became more precise, diamonds began to have crisper facets and more defined lines and shapes. Yet despite these perfectly cut stones, vintage cut diamonds continue to capture the hearts and imagination of jewelry connoisseurs everywhere who love the handmade artisan feeling of these special treasures.